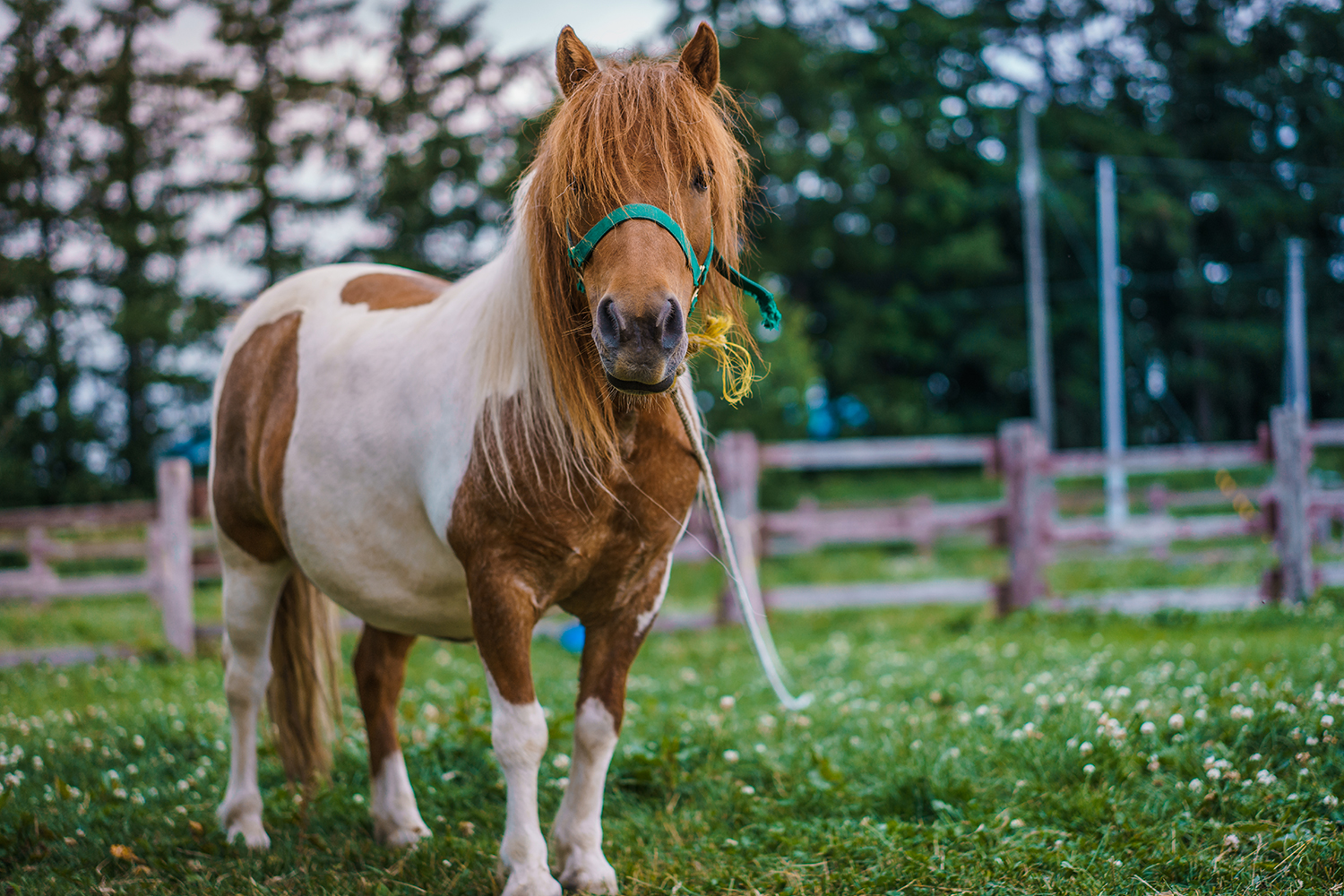 In the U.S., each side usually pays its own attorney’s fees, unless a contract or statute provides otherwise. Code of Civil Procedure section 1021.9 falls under this second exception to the general rule. It allows attorney’s fees for the prevailing plaintiff in an action to recover damages to personal or real property resulting from trespassing on lands under cultivation or intended or used for the raising of livestock.

This right to attorney’s fees isn’t limited to commercial ranchers or famers (Haworth v. Lira (1991) 232 Cal.App.3d 1362, 1368). Plaintiffs who use property to raise livestock for personal use also may recover attorney’s fees under the statute. A court has found that a landowner’s property was intended for the raising of livestock because it had been used to breed birds, dogs, and horses, as well as to raise hogs and chickens, and the property had substantial facilities for horses. (Kelly v. CB&I Constructors, Inc. (2009) 179 Cal.App.4th 442, 465.) The property was also located in a rural zone. (Ibid.) Unfortunately, your child’s backyard garden, while adorable, probably won’t cut it. (See Quarterman v. Kefauver (1997) 55 Cal.App.4th 1366, 1368-1369.)

Since you are already spending the money for a pony, you might as well build some facilities for it on your property and pick up a couple of chickens and goats, too. That way you can be in a better position to recover attorney’s fees in a trespass case, and your child gets to learn responsibility while taking care of the new menagerie. 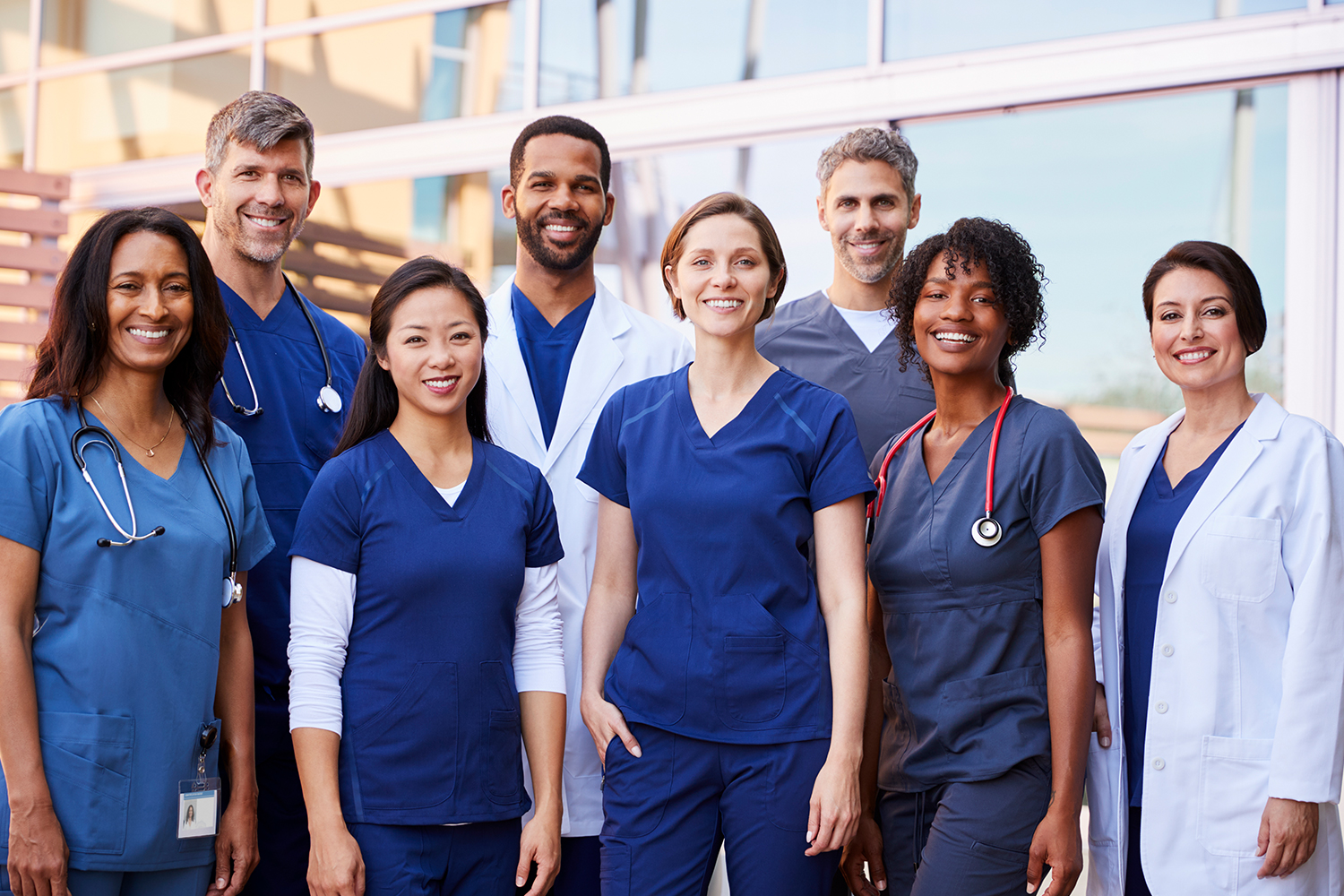 On December 10, 2018, the California Supreme Court handed a victory to both healthcare employers and their employees, upholding the ability of certain healthcare employees to voluntarily waive their second meal breaks even if they work more than 12-hour shifts. The Supreme Court’s decision ends nearly ten years of litigation and uncertainty by clarifying an apparent discrepancy between the Labor Code and Industrial Welfare Commission (“IWC”) Wage Order No. 5.

This difference between section 512(a) and section 11(D) led to decades of litigation in Gerard v. Orange Coast Memorial Medical Center, where plaintiffs sought penalties, unpaid wages, and injunctive relief against their former employer. Plaintiffs argued that the defendant’s voluntary meal period waiver policy, which was entirely consistent with section 11(D), violated Labor Code section 512(a) because it allowed employees to waive their second meal period even when they worked shifts lasting longer than twelve hours.
The Court of Appeals initially agreed with plaintiffs in Gerard v. Orange Coast Mem’l Med. Ctr. (2015) 234 Cal. App. 4th 285 (Gerard I). Following the holding in Brinker Restaurant Corp. v. Superior Court (2012) 53 Cal.4th 1004 [the IWC cannot issue new wage orders which conflict with existing provisions of the Labor Code], the Court of Appeals found that section 11(D) and Labor Code section 512 were in conflict and therefore section 512 controlled. Gerard I created potential exposure for thousands of healthcare providers across the state of California who had adopted meal waiver policies for their employees relying on section 11(D).

In 2015 the Legislature responded to Gerard I and passed S.B. 327, which amended Labor Code section 516 to explicitly clarify that IWC Wage Order No. 5 section 11(D) was valid and enforceable notwithstanding section 512 or any other law. Accordingly, while Gerard I ostensibly had no impact on health care providers after S.B. 327 was passed, what was left unclear and unresolved was whether health care providers could be held liable for “violations” which predated S.B. 327.

This ambiguity was clarified by the Supreme Court on December 10, 2018, in Gerard v. Orange Coast Medical Center (2018) 240 Cal.Rptr.3d 757 (Gerard II). In light of S.B. 327, the Supreme Court vacated Gerard I and ordered the Court of Appeal to reconsider its previous decision. Upon reconsideration, the Court of Appeal reversed itself and plaintiffs appealed that decision to the Supreme Court. In Gerard II, the Supreme Court unanimously upheld the Court of Appeal decision holding that at the time section 11(D) was adopted by the IWC on June 30, 2000, Labor Code section 516 gave the IWC broad power to promulgate regulations with respect to meal periods for California workers notwithstanding other sections of the Labor Code. Although the IWC’s authority under section 516 was later amended by the Legislature such that new wage orders could not conflict with section 512, section 11(D) was already effective and, therefore, was always valid and enforceable.

In rendering its decision, the Supreme Court noted that the United Nurses Association of California/Union of Health Care Professionals (UNAC) and Service Employees International Union Local 121RN both supported S.B. 327 and overturning Gerard I because section 11(D) gave healthcare employees greater flexibility and choice.
Accordingly, Gerard II represents a win not only for healthcare providers who no longer have to worry about liabilities which predate S.B. 327, but also for the freedom of healthcare employees to have greater flexibility in taking meal breaks. Gerrard II could also signal the Supreme Court’s willingness to consider employee choice and agency in future employment-related decisions.

Whitney, Thompson & Jeffcoach LLP is a law firm specializing in litigation with proven success in litigating different types of matters including healthcare and employment disputes. Whitney, Thompson & Jeffcoach are pleased to announce the expansion of its employment litigation team with its hiring of Alyson Berg, a former Assistant United States attorney who defended, through appeal, the government in employment discrimination and wrongful termination matters, in addition to providing employment and anti-harassment related training. 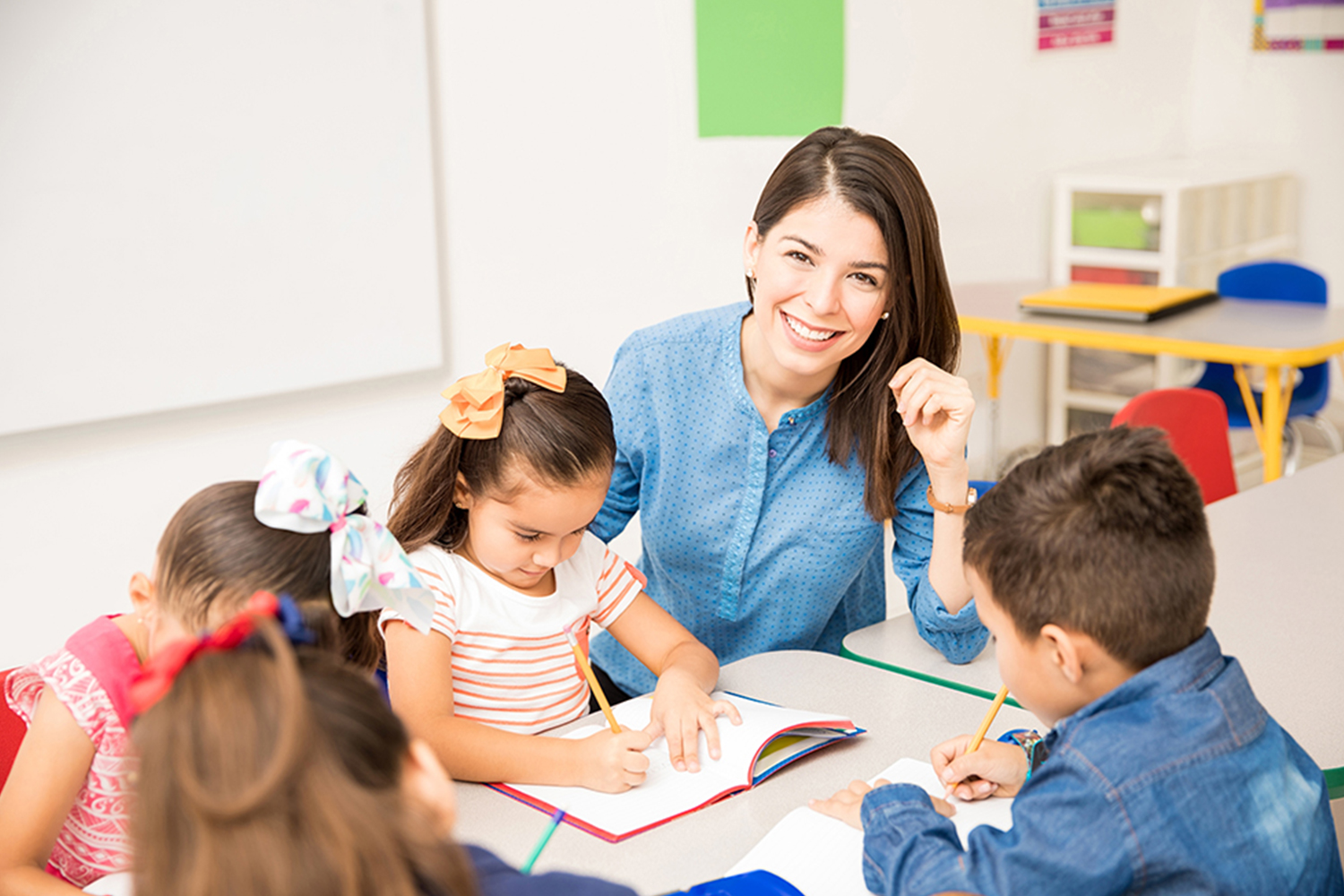 Recently, the Ninth Circuit in Biel v. St James School, 911 F. 3d 603 (9th Cir. 2018) held that the “ministerial exception,” an affirmative defense to employment claims for religious employers, did not apply to a teacher’s Americans with Disabilities Act claim. Biel was a fifth grade teacher at St. James School, a Catholic school, who claimed that the non-renewal of her employment contract after she requested a leave of absence to undergo breast cancer treatment was in violation of the ADA. The school moved for summary judgment on the basis that the “ministerial exception,” which precludes application of employment discrimination laws to personnel decisions of religious institutions barred her claim. The employer prevailed at the District Court. The Ninth Circuit reversed and remanded concluding that Biel’s position with St. James School reflected a limited role in religious instruction and the exception did not apply. The court analyzed the four-factor test set forth in Hosanna-Tabor Evangelical Lutheran Church & School v. E.E.O.C., 565 U.S. 171 (2012), and determined that Biel’s position as a lay teacher at a religious school where she taught religion as one of her many subjects to the fifth grade class was insufficient to establish the applicability of the ministerial exception. The court emphasized that although Biel taught religion in the classroom, this was only one factor of the four-factor test that would implicate the “ministerial exception.” Simply holding the position of a school employee who teaches religion is not sufficient to invoke the “ministerial exception” because such a rule would essentially collapse the four-factor test into one determinative factor rather than analyzing the totality of the circumstances.

Biel provides guidance for understanding how California courts will likely apply the four-factor Hosanna–Tabor test to employment discrimination claims brought by employees of religious organizations. Employers should evaluate the job duties and documents of the particular employee before raising the “ministerial exception” defense to any employment discrimination claim. Nevertheless, it should be emphasized that the Biel decision is limited to the application of the “ministerial exception” and a religious institution can always file a motion for summary judgment establishing that the employment decision was based on legitimate non-discriminatory reasons, such as pedagogical and classroom management concerns under the facts of the Biel case, rather than any alleged violation of the federal employment discrimination laws. 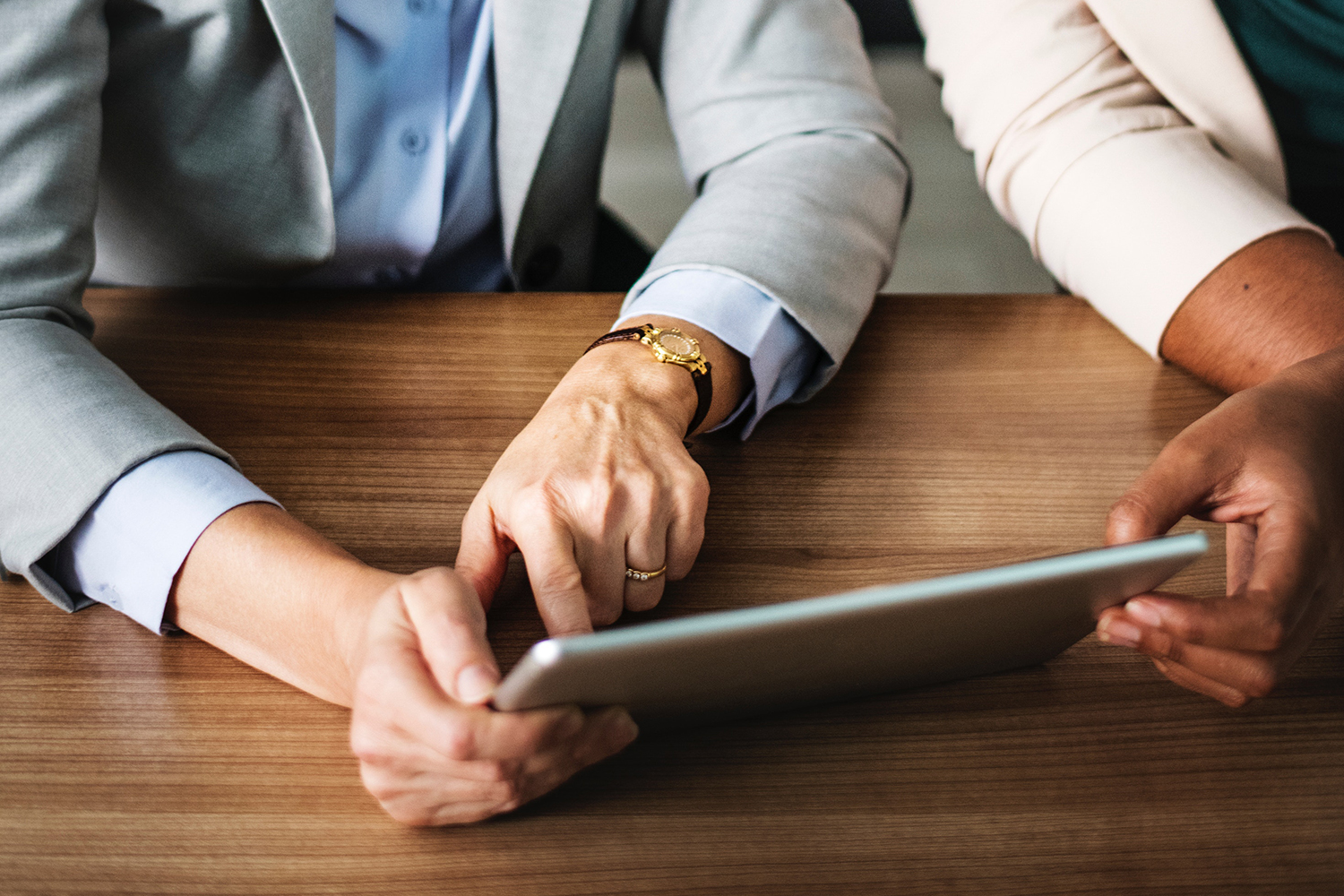 The California Supreme Court in Cassell v. Superior Court (Wasserman, Comden, Casselman & Pearson LLP) (2010) 51 Cal.4th 113, held that the mediation confidentiality encompasses discussions between the attorney and the client, and therefore, the confidentiality provisions of Evidence Code 1115 barred any evidence of what was discussed between the lawyer and the client before and during the mediation. In effect, the Court’s holding barred any sort of malpractice action against the lawyer related to conduct that occurred before and/or during the mediation.

Since that ruling, the California Judicial Council has worked on a proposed change to address the holding in Cassell. The California Legislature enacted Evidence Code 1129 which now requires certain disclosures to be made in writing to a client as soon as reasonably possible before the client agrees to participate in mediation.

Pursuant to Evidence Code 1129, the printed disclosure must be (1) in the preferred language of the client in at least 12-point font; (2) be printed on a single page that is not attached to any other document provided to the client; and (3) include the names of the attorney and the client and be signed and dated by the attorney and the client. Evidence Code 1129 also includes the required language that must be included in the written disclosure. Of note, a lawyer’s failure to comply with this section will not be a basis to set aside any agreement prepared in the course of a mediation.

It is unknown at this point whether a lawyer’s failure to comply with Evidence Code 1129 will open the door to malpractice claims arising out of a mediation. What is clear, though, is the Legislature’s directive to lawyers to make sure that their clients understand the mediation process and are fully advised of their rights.

*Marshall Whitney and Mandy Jeffcoach are partners with the law firm of Whitney, Thompson & Jeffcoach LLP and are Certified Legal Malpractice Law Specialists by the State Bar of California, Board of Specialization. They regularly provide counseling to law firms and lawyers and can be reached at (559) 753-2550 or mwhitney@wtjlaw.com & mjeffcoach@wtjlaw.com.