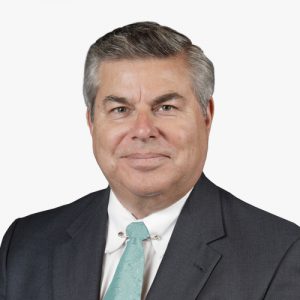 JAMES A. ARDAIZ, OF COUNSEL

Justice James A. Ardaiz has had a long and prestigious career. He was one of the youngest lawyers in the State of California to achieve the designation of Chief Deputy District Attorney in charge of homicide cases. Elected to the Municipal Court in 1980 at the age of 32, he served as a trial judge with two terms as Presiding Judge. In 1985, he was appointed by Governor Deukmejian as a Superior Court Judge, where he served as a general trial judge with one term as Criminal Presiding Judge. Then, in 1989, he was nominated by Gov. Deukmejian to the Fifth District Court of Appeal. In 1994, by nomination of Gov. Pete Wilson, he became Administrative Presiding Justice of the Fifth District Court of Appeal, one of six Administrative Presiding Justices governing the state appellate system.

In his thirty years of judicial experience, James Ardaiz served at every level of the state judiciary, including as Pro Tempore Justice of the Supreme Court on multiple occasions. He was a frequent instructor at the California State Judicial College at Berkeley, CA, teaching judges in the subjects of trial practice, judicial decision making, evidence, and administration. He has been a lecturer at the national level in judicial administration and evidence, as well as a consultant to the Federal Bureau of Investigation with respect to DNA evidence. He is a published author in the field of law, non-fiction, and fiction, as well as numerous articles on legal policy and legal humor, as well as a frequent speaker on judicial policy. He retired from the judiciary in 2010 and entered private practice as an arbitrator/mediator, ultimately becoming general counsel to a major development and farming interest, in addition to his dispute resolution practice. Married with three children, he is a trained oil and watercolor artist, focusing on portrait and still life.

After his judicial retirement, Justice James A. Ardaiz resumed the practice of law in the fields of mediation, arbitration, and appellate evaluation. In 2015, he provided appellate consultation in a $72 million judgment resulting in a complete reversal; in 2016, he reentered the courtroom as a trial lawyer and with his co-counsel obtained a $25 million bad faith title insurance judgment (Top 100 Verdicts in America, 2016); in 2017, as trial counsel, he obtained a settlement in an eminent domain action with the State of California resulting in an aggregate award of $59 million including $40 million monetary settlement and $19 million in property resolution.

His current legal practice includes appellate representation as well as accepting litigation involvement in select cases and general counsel to a major development and farming interest. His work has included providing evaluations to a number of major developments, farming, and Silicone Valley corporations on their strategic legal positions in complex litigation to assist them in litigation and appellate planning. His mediation work includes business and contract disputes, agricultural and property disputes, torts, and appellate mediation. He is certified by the American Arbitration Association in arbitration and mediation.

After serving on the Judicial Council, the governing body of the California Judiciary as well as Chair of the Executive Committee of the Judicial Council, Presiding Justice James A. Ardaiz was designated to chair the Task Force on Trial Court Employees to forge an agreement between the State of California, the California Judiciary, 126 unions, and 56 counties with respect to the transfer of approximately 20,000 county court employees into a new employment system, including retirement, discipline and benefits. This assignment and agreement was required by the California Legislature to obtain trial court funding for the California Judiciary. After eighteen months of meetings and negotiations, Justice Ardaiz obtained unanimous agreement of the various affected entities resulting in the largest single piece of legislation in the history of California. The agreement was hailed by then Chief Justice Ronald George “as a monumental achievement.” A four-time recipient of the Kleps Award for Judicial Administration in the fields of electronic records, public education, and teleconferencing oral arguments, Justice Ardaiz retired in December of 2010 after thirty years of judicial service.